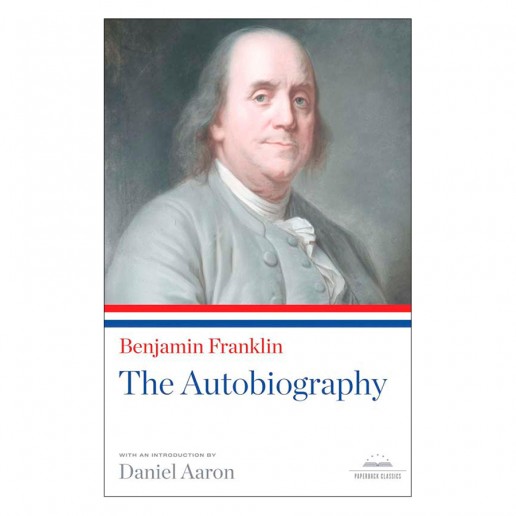 Famous as a scientist, statesman, philosopher, businessman, and civic leader, Benjamin Franklin was also one of the most powerful and controversial American writers of his time. He has been a subject of intense debate ever since: to Matthew Arnold, he exemplified “victorious good sense”; to D. H. Lawrence, he was “the first dummy American.” Franklin’s classic Autobiography, one of the great foundational works of American literature, is his last word on his most remarkable literary invention-his own invented persona, the original incarnation of the American success story.

For almost thirty years, The Library of America has presented America’s best and most significant writing in acclaimed hardcover editions. Now, a new series, Library of America Paperback Classics, offers attractive and affordable books that bring The Library of America’s authoritative texts within easy reach of every reader. Each book features an introductory essay by one of a leading writer, as well as a detailed chronology of the author’s life and career, an essay on the choice and history of the text, and notes.